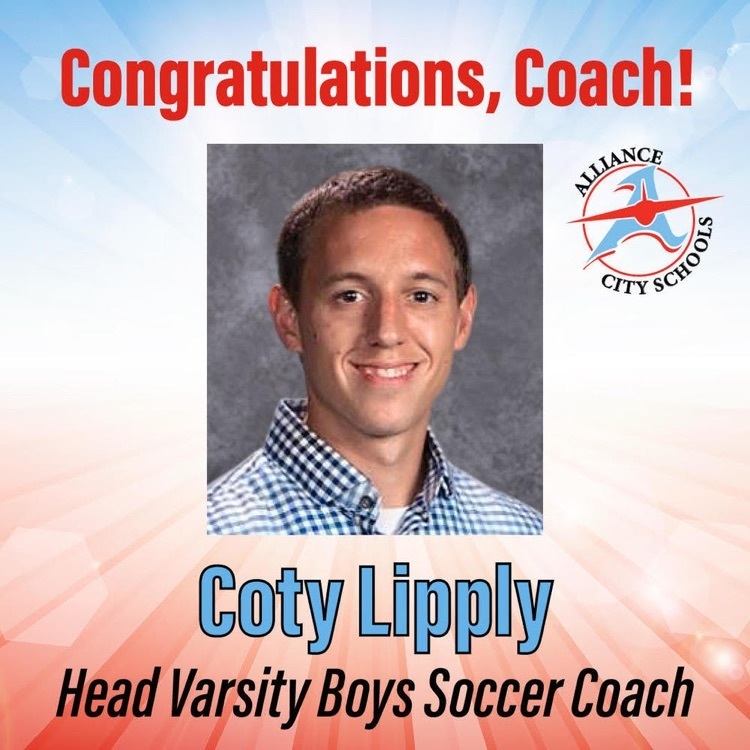 We would like to congratulate Coty Lipply for being named the new varsity coach for the Alliance boys soccer team!

Coach Lipply has worked in the district for five years as a science teacher at Alliance High School. He has previously worked as an assistant soccer coach at Southeast High School and Jackson High School. He also coaches for a local premier soccer club.

He played soccer growing up and was a part of the ODP for Ohio North. Coach Lipply was part of the varsity soccer team at his high school and continued to play at the University of Mount Union. After he finished playing, he began his coaching career and earned his coaching licenses along the way.

Coach Lipply is most looking forward to working with the soccer players and their families as they prepare for the fall season.

“Alliance soccer has a great history in the area and I want to continue moving the program in a positive direction,” Coach Lipply said. “In this role I want to help further improve our players and our youth in Alliance both on and off of the field.”

Coach Lipply has this piece of advice for his athletes:

“The foundation for success is intentional, on purpose, and requires dedication. Successful teams are aligned in their beliefs and have a clear growth mindset.”

Growing up, he was involved in the Boy Scouts of American and earned the rank of Eagle Scout.

Congratulations Coach Lipply! We can’t wait to see all you and your athletes will accomplish both on and off the field!