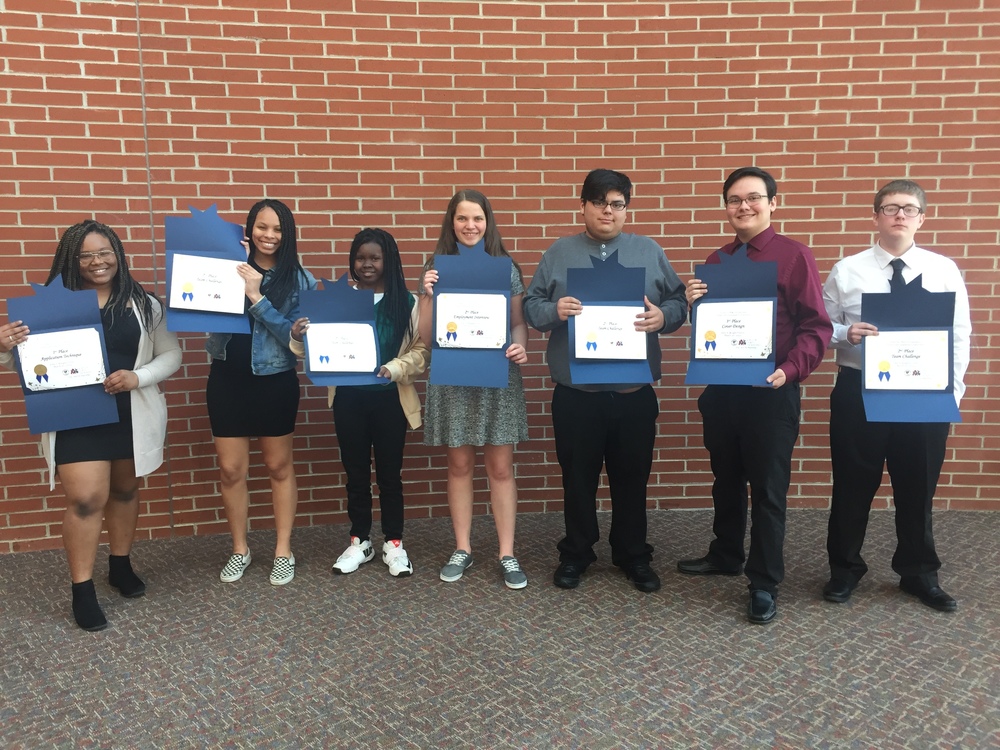 On March 20, 12 students from the Jobs for Ohio’s Graduates (JOG) program at Alliance High School participated in the Jobs for Ohio’s Graduates Regional Career Development Conference. The competition was held at the John S. Knight Center in Akron, Ohio. Students competed in several different competitions ranging from filling out job applications to a four-person work related team challenge.

Jeffrey Smith (11) placed third in the Cover Design competition, Shiann Jackson (12) was the runner up for Employment Interview and the team of Hunter Wade (12), Jose Garcia (12), Deza’Ray Wright (11) and Jaz’Ana Lawson (11) blew through the bracket of schools to finish second in the team competition tournament. Ki’Errah Martin (12) took first place overall for Application Techniques. This is the third year in a row Alliance has qualified for the state competition.

The six individuals who placed first and second in their divisions will go on to compete at the state competition in Columbus on April 29th to compete against schools from Akron, Cincinnati, Cleveland, Dayton, and more.

As always, thanks for your continued support of the Alliance JOG program.