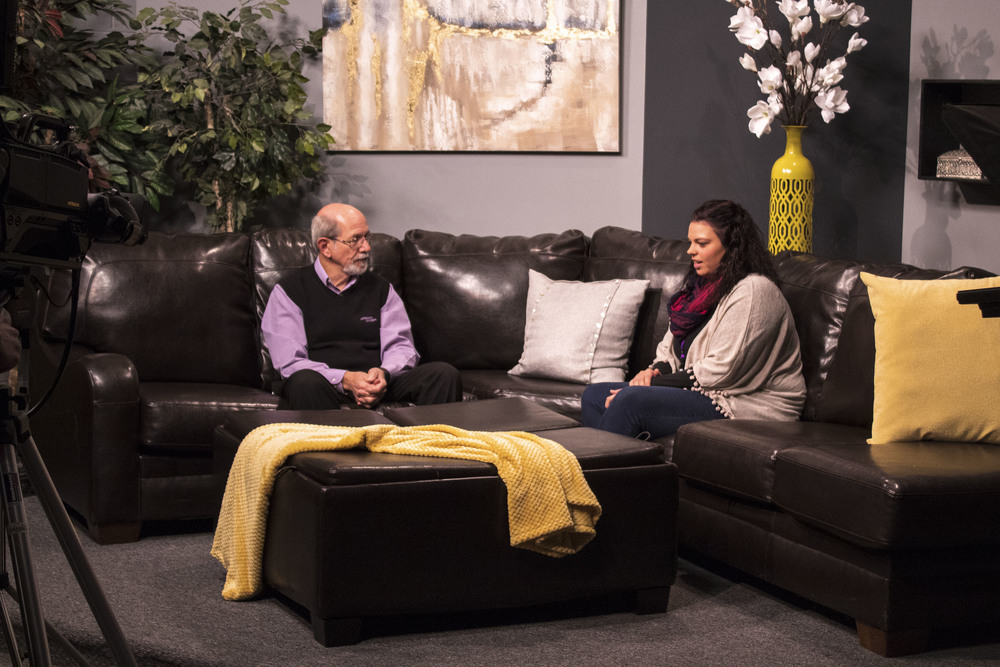 John Hampu, a long time host for Spectrum Channel 1022, received the Regional Roxie Cole Leadership award on Saturday during the Keynote Address for the Central States Media Conference and Trade Show hosted by the Alliance City School District. “I was very surprised,” Hampu said. “I think the work that we've done here kind of exemplifies what the award represents.”

The award is given to an individual in the media industry who is a community leader and strives to make a difference everyday. The recipient is chosen based off of nominations submitted from Ohio, Kentucky, Indiana and Michigan. Kyle Schwarz, director of Spectrum Channel 1022, nominated Hampu for his continuous dedication to the station and to the Alliance community.

“John handles all his roles as husband, father, grandfather, manager and host with professionalism and patience,” Schwarz said in her nomination letter. “He is extremely reliable, has strong faith and is good natured, working well with both the staff and students at Channel 1022.”

Hampu has been a host for Channel 1022, previously Channel 11, since 1992. He has hosted numerous shows over the years including Sup’s On,  AroundTown, It’s My Alliance and Taking it to the Streets. He loves being able to spotlight Alliance students and community members by helping them to tell their story during interviews and programs.

His favorite programs each year are his interviews with the students graduating in the top ten percent of their class.

“The top ten percent is one of my passions,” Hampu said. “These students are going to be success stories, they need to know how to communicate well.”

Conducting an interview with each of the students encourages them to learn communication skills on a higher level and how to express themselves and their ideas. Hampu believes in order for a person to succeed and be the best they can be, they must be able to communicate well in front of others.

However, he recognizes that not everyone is comfortable behind a camera. He likes to help each person forget the cameras are recording and encourages them to focus on the conversation they are having instead.

During his time as a students at Alliance High School, Hampu was a member of the band and would often perform with his own musical groups.

He was used to being in the spotlight and performing in front of people and cameras.

“When you’re in front of people, you learn to know how to communicate a little more skillfully,” Hampu said.

It only seemed natural for him to step up and assist with Channel 11 when the opportunity arose in 1992. While he didn’t have a media background- in fact he was a teacher at AHS for many years- Hampu was a great fit to host shows because of his experience as a musician. He learned about the media industry along the way. Over the years, Hampu has helped the program grow and watched as Schwarz built it to include a variety of shows each week.

Hampu credits his success in life to three people- his late father, John N. Hampu; John E. Weitzel, his high school band teacher and Carol Hampu, his wife. He wouldn’t be where he is today without their guidance and support.