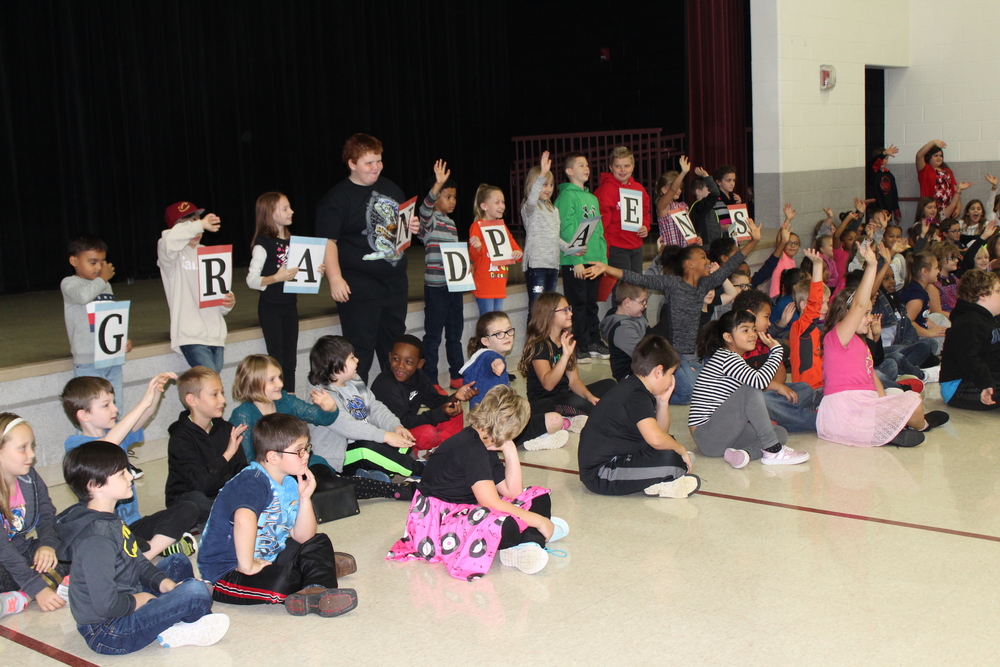 The schools in the Alliance City School District have spent the last couple of weeks celebrating Grandparents’ Day with the final day taking place Friday, Oct. 12 at Parkway Elementary and Rockhill Elementary.

Grandparents had the opportunity to visit the schools where their grandchildren attend and spend some time seeing what they have been doing in their classes, where they go to school and even attending the book fair at their schools.

“Overall, it’s a great turn out,” said Gary Trbovich, the assistant principal at Alliance Middle School. “It’s great to get to see the community come out and support the students and see the beautiful school.”

The middle school’s grandparents day was held on Friday, Oct. 5. The students were able to give their grandparents tours show them their classrooms for an hour and a half before finishing the rest of the school day.

At each school, the grandparents were greeted with coffee and snack items to enjoy while they visited with their students.

While each school planned Grandparents’ Day a little differently, there is no doubt each one was meant to be fun and encourage the grandparents to learn the daily activities their grandchildren do in school.

The next station included a craft and special presentation put on by each of the grade levels. Each grade recited a poem where the first letter in each line spelled out “Grandparents.” The grandparents laughed as each line was accented by a student or two performing a mini skit.

“I never had the chance to make the frame before,” said Linda Carpenter, of Massillon. “Usually the kids make it and give it to us.”

Carpenter and Retha Loving, of Alliance, were visiting their grandson, first grader Jaden Carpenter, at Parkway. They enjoyed being able to see his school and visit with him.

The final station for Parkway was a quick visit to the book fair where grandparents and students were able to shop for new books, fun school supplies and more.

“I love Grandparents’ Day and just being with the kids and seeing their schools,” said Dana Schmucker, of Alliance, as she visited her granddaughter, Nariah Williams, at the middle school.

Schmucker attended four of the Grandparent’s Day events in the district in order to visit with each of her grandchildren.

Grandparents’ Day is always a fun day for the teachers, students and grandparents involved.