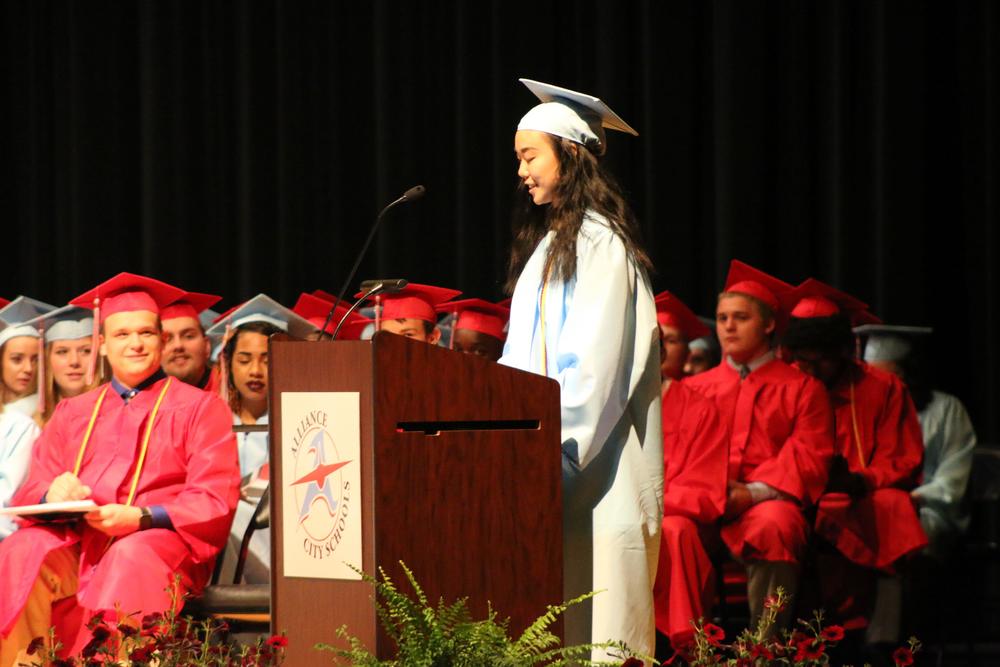 Alliance High School graduates and their 2,000 friends and family members celebrated commencement on May 27 with a message about gratitude from English Teacher Thomas Wilson.

Rather than becoming resentful or bitter at life’s struggles he encouraged the class to develop a gratitude mindset.

“Most of all, be grateful for the freedoms you enjoy every day… Gratitude frees you to be the best version of yourself. It frees you to spend your short time on earth focusing on the good things,” he said.

The class chose Wilson who had a front row seat to watching them grow up through high school. His student teaching year was spent shadowing Chris Schillig when the class of 2018 were Freshmen. The next year he was hired at the school as an English teacher and started teaching sophomore English to the same group of students, and has had them in class every since.

He said those seniors he has taught in class have spent a total of 22,380 hours learning from him.

Wilson earned a bachelor's degree in English and Political Science from Muskingum College in 2009 and a Master of Arts in Teaching from Kent State University in 2015. Tom lives in Twinsburg, Ohio. He is the proud husband of Jessica Wilson and proud father of their daughter Maren.

He joked that they asked him to just be funny and show a few internet memes. He also showed off a few 21st century dance moves as well.

After the laughs died down, he encouraged the students to be grateful to those who have helped them get to the stage.

This year the class set records with 56 seniors earning a combined $2.3 million in scholarship money, an ACS record.

111 of the 199 students plan to attend college. Another 22 plan to attend a two year college or tech school. 23 have committed to joining the armed forces and another 17 plan to go straight into the workforce.

Erika Shi, the top scholar in the class, spoke during commencement encouraging her fellow classmates and audience to  seek diversity and opinions different from their own in order to grow.

“I hope that we all realize the future each of us chooses will have an effect on the world. What the world needs are people who are proactive and willing to put themselves in difficult and awkward situations…Our world is diverse. We must accept and embrace the diversity so that bridges can be built,” she said, adding that change comes by surrounding oneself with the diversity they are not accustomed to.

She also encouraged everyone to not be preoccupied with social media, failure or keeping certain image.

Brendan McGeehen, second in his class, also spoke starting with a credit to his family of educators for helping him to succeed.

His grandfather, mother and father all worked for Alliance City Schools.

He also thanked his teachers and friends. He challenges all his fellow graduates to write a letter or email to a teacher who has made an impact on them.

“Thank you to everyone who has helped to make me the young man I am today because I couldn’t have done it without you,” he said.

The AHS Choralaires and Jetsetters and AHS Symphony Orchestra performed musical pieces during the ceremony as well.

Maggie Novak led the class in the changing of the tassels.

The school board president, Elayne Dunlap officially approved all graduates. 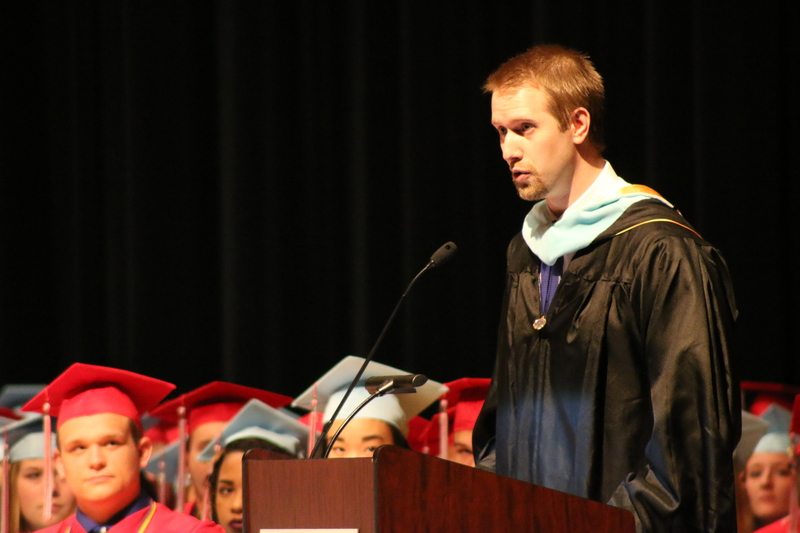 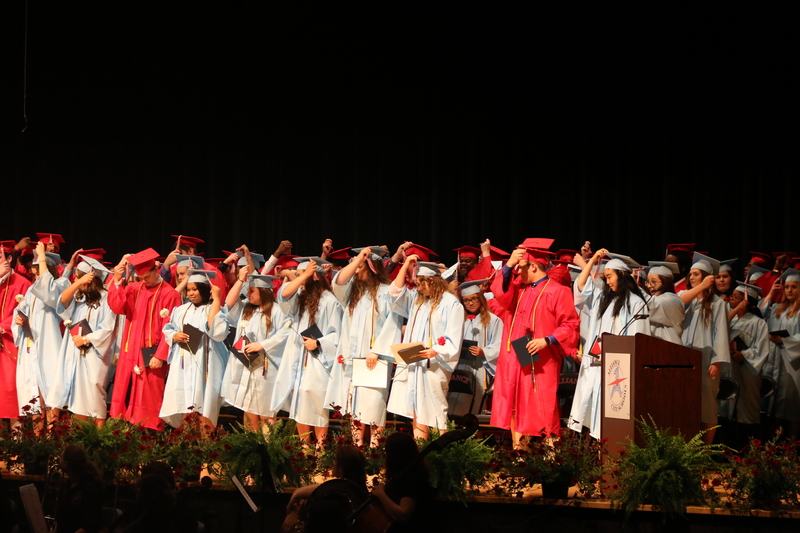