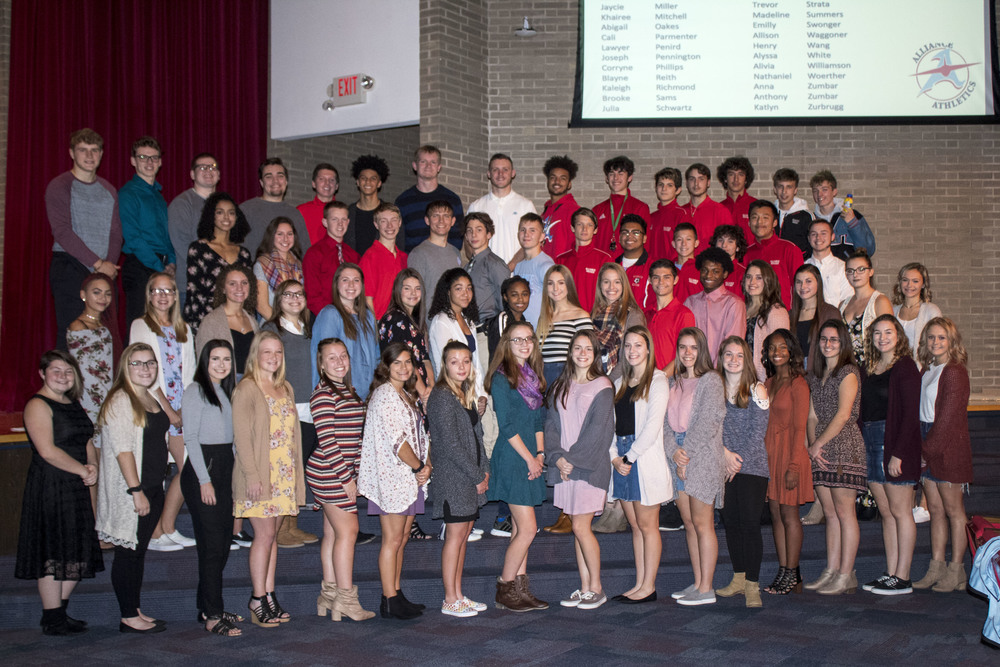 Athletic Director Mike Schott introduced each coach who then gave certificates to the EBC Scholar Athletes- students who earned a varsity letter and maintained a 3.4 or higher grade point average- and recognized the students who were selected for the EBC All-Leagues.

The EBC Scholar Athletes are as follows:

The EBC All-League Selections are as follows:

Following the awards, the seniors athletes took part in the Rose Ceremony, sponsored by the AHS Sports Boosters. Each student was given a rose. They presented a petal from the rose to a person who has influenced them and supported them during their time as an athlete. Many of the students presented their coaches with the rose petals.

The athletes sang the alma mater before heading the rooms designated for each athletic team where they were presented with their team awards.