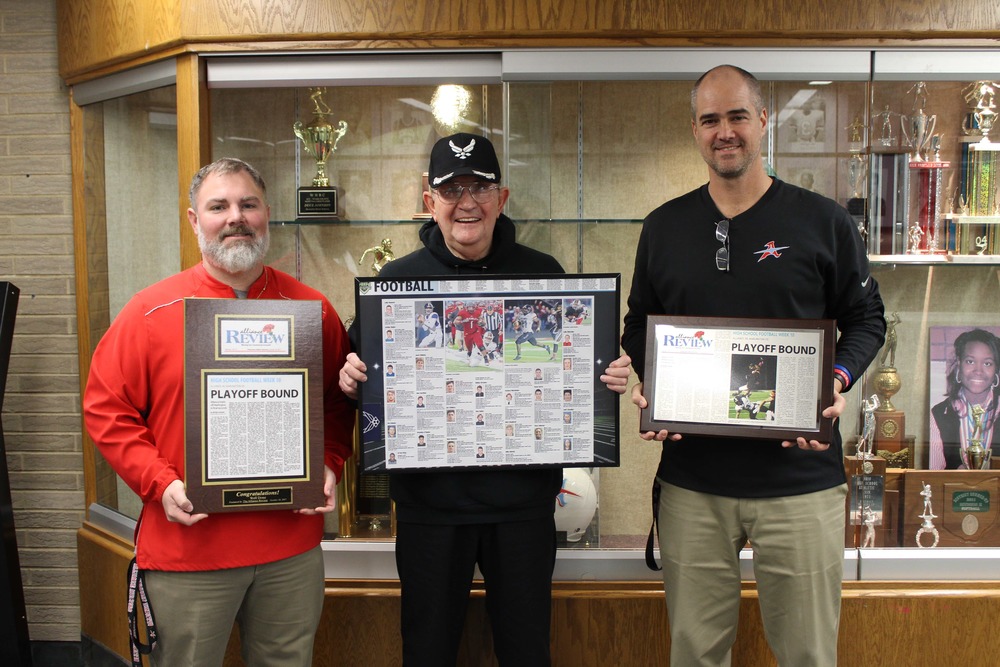 Alliance City Schools would like to thank Retired Senior Master Sergeant from the U.S. Air Force Frederick Elsass for his donation to NBC champions, the Alliance High School Football team and student Duce Johnson who was named Stark County’s Most Valuable Player for 2018.

Mr. Elsass contacted administration and explained his interest in presenting the team and Duce Johnson with plaques for their accomplishments in winning the Northeastern Buckeye Conference championship for the 2017-2018 season.

Out of his own funds, Mr. Elsass paid for a plaque made from the news article about the team that can be hung in our trophy case.

He also created a plaque for the football team and a framed poster for Duce to keep along with an inspirational poem by Theodore Roosevelt.

Mr. Elsass goes above and beyond to support the success of the football teams and players in Stark County including our own.

We appreciate all Mr. Elsass has done to bring attention and support to our football team and Duce Johnson.