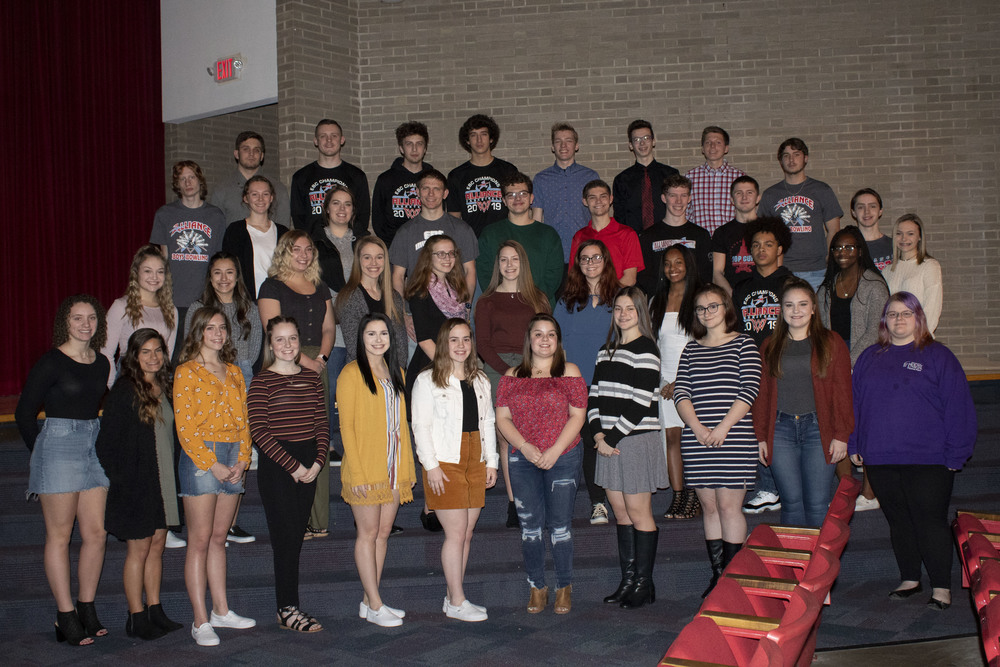 Members of the Alliance High boys’ bowling and boys’ basketball Eastern Buckeye Conference championship teams were among the 108 athletes recognized at the annual Winter Athletic Awards Night on Wednesday, Mar. 13.

AHS also had a two-time state champion Will Rose, who won the 100 butterfly and 100 freestyle events in the Division II finals.

On behalf of the Alliance Athletic Department and Alliance Sports Booster Club, Athletic Director Mike Schott thanked everyone for their donations and help in making the sports season possible.

He also talked about the success of the winter sports season.

“We had a great winter season, a lot of team championships, individual championships and coaches being recognized as well,” he said.