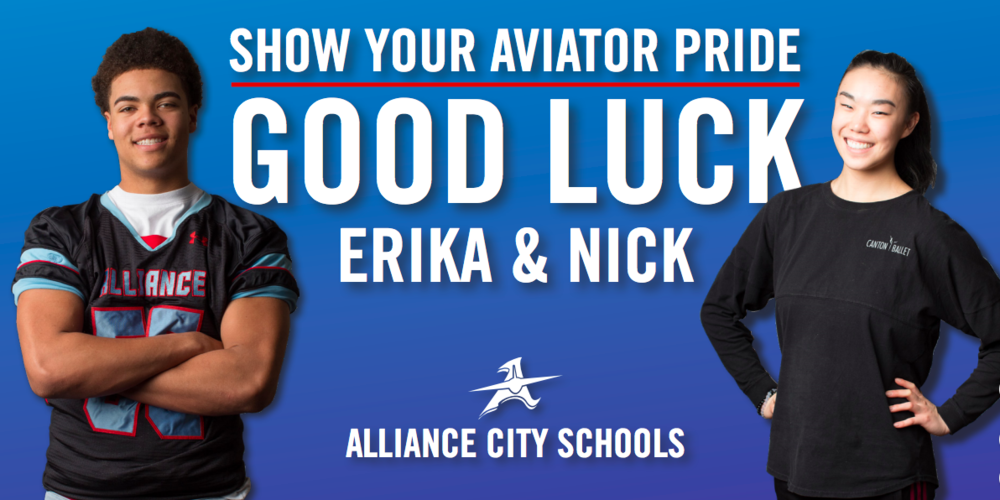 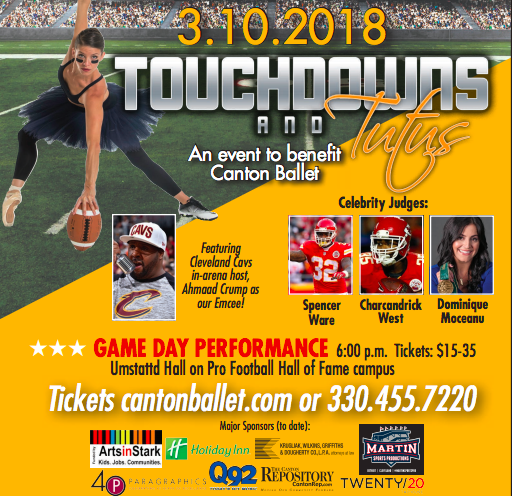 At 7:30 p.m. the HOF Tailgate After Party, a meet-and-greet with celebrities and performers and a tour of the Pro Football Hall of Fame museum, will take place at the Pro Football HOF event center offering specialty tailgate foods, drinks, a cash bar and music by Nikolina, the Mid Day Diva of Q92 Radio.

The football players were selected at tryouts held last fall at the ballet studios.  Their Canton Ballet company partners were chosen by audition at a later time.  Rehearsals began in early January and will continue until the performance.

NFL Films Emmy award-winning producer Greg Frith brought his film crew to the tryouts in October and will return to film rehearsals and the final event in March for a documentary about Touchdowns and Tutus.  Select couples will be dancing to music gifted to Canton Ballet that is exclusively licensed and owned by NFL Films.

New this year are the VIP Pre Game Reception sponsored by Robert J. Events and Catering at 5:00 p.m. at the Zimmermann Symphony Center on the Hall of Fame campus and the VIP All Access Pass with admission to all three events.  Both are  sold out.

Touchdowns and Tutus is the only known fundraiser performance event that pairs football players and dancers in a competition.  Proceeds will benefit the School of Canton Ballet financial aid and educational outreach programs.

501(c)( 3) nonprofit organization.  Its studios and offices are located at the Cultural Center for the Arts in downtown Canton.  Cassandra Crowley is Canton Ballet artistic and executive director.