This search form uses an instant search feature. As you type, search results will appear automatically below the search field. When you've entered you desired search terms use tab to navigate through the available results and hit enter to open the selected page or document.
Night In The Jungle Is One To Remember
Jon Smith
Wednesday, October 11, 2017

Night In The Jungle Is One To Remember

The AHS lobby was transformed to a land of trees, greenery, and ferns to fit the theme of this year’s Homecoming dance, “Journey to the Jungle.”

There were tikis and life-size animals including a rhino, lion, zebra, and gorilla. Construction Trades students under the direction of Mr. Chris Felger built a working waterfall.

The king and queen were crowned at the Homecoming game against Salem, which the Aviators won with a score of 70-40. Tony Young was crowned king and Morgan Davis queen.

Homecoming had an amazing turnout and many students said it was a night to remember. Student Senate advisors Mrs. Nicolle Boehm and Mrs. Elizabeth Davis said that nearly 475 students attended the dance on Saturday night. AHS graduate Carson Parmenter, aka “DJ Head Trauma,” provided the music.

Members of Student Senate decorated Friday night from 7 to 11 p.m. and began again at 8 a.m. Saturday morning. Many hours were put into transforming the lobby, hallways and gym to match the theme.

“I had a lot of fun at the dance. Being a senior it was a bittersweet moment, I loved dancing with my friends and after I celebrated my best friend Diamonds birthday,” said Queen  Morgan Davis.

“I had an amazing time. The music was great and so were the decorations. I like seeing everyone dressed up and after I went to TGI Friday’s,” said freshman Kayla Martin.

“I had a great time! I liked the music and afterward, I carved pumpkins with friends,” said junior Indigo Clarke.

“I had a great time; it was the perfect last Homecoming! I liked seeing everyone all dressed up and having a fun time dancing and singing together,” said senior Kenzie Webb.

“I had a good time. The music was good and I really liked the theme,” said senior Joy Lanning.

“It was nice and I had a great time. Afterwards some friends and I went to Taco Bell,” said sophomore Mia Golden.

“I had a great time being it was on my birthday. My classmates made it a really great night for me,” said senior Diamonique Colbert.

“I did have a good time. I liked the theme and how it was decorated,” said junior Anna Zumbar.

“I had a good time and I enjoyed everything about the dance. Afterwards I went out to eat with friends and then we carved pumpkins,” said sophomore Tyana Moore.

“I had a great time. I liked the music and hanging out with my friends,” said sophomore Jazlynn Daniels.

“I had a good time and the setup was amazing. Shoutout to student senate for doing a great job!” said junior Lauren Snyder.

“I had a nice time at Homecoming. The music was good,” said junior Zynia Nicholson.

“I had an amazing time. I really liked how the seniors made it a night to remember for everyone,” said junior Giavonna Hill.

“I enjoyed Homecoming. I loved the theme and hanging out with all of my friends,” said sophomore Corryne Phillips. 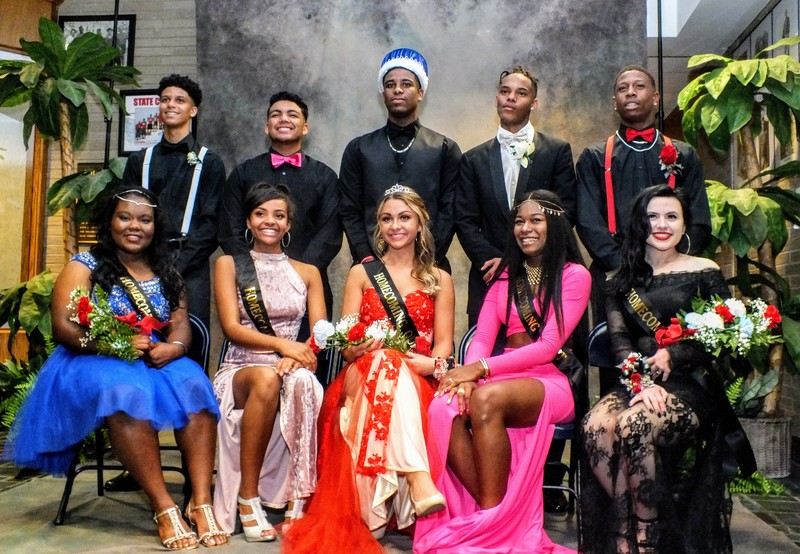