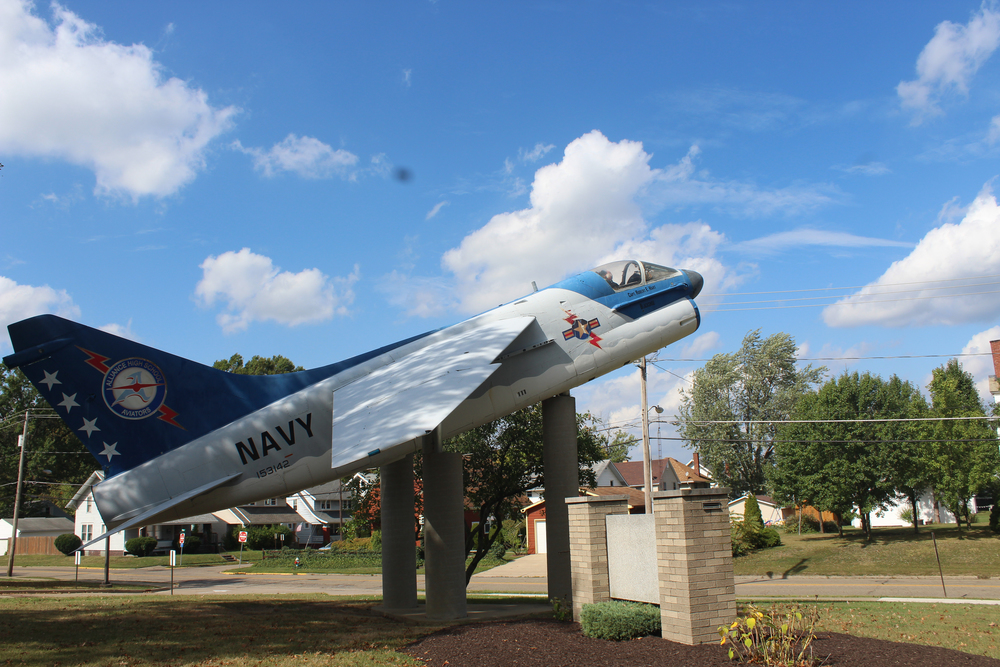 A student who wished to remain anonymous expressed their desire to be the new mascot. Now all they need is a costume.

The last mascot was Rocket the flying squirrel. A member of the community donated the costume in 2003, but that uniform only lasted about seven years before it was worn beyond repair.

The Red and Blue Staff sent out a survey to all teachers and students about whether AHS should have a mascot and if so, what it should be. 378 responded, 97 percent said yes to wanting a mascot.

“I think it helps identify who we are, helps build school spirit, and strengthens moral,” JOGS teacher and this year's senior class advisor, Abbey Blake, said.

There were other types of mascots in the school’s history.

“I seem to recall a time in the 1980s when a band member would sometimes wear an outfit resembling that of a jet fighter pilot,” said retired English teacher Terry Hoopes.

Former Park Board President John Gross was part of the committee that brought the fighter plane to the school. The plane is a Navy A-7 Corsair Jet Aircraft. It was placed in front of the school in the fall of 1991, where it stands today. Gross also donated the mannequin pilot that sits in the cockpit.

According to a press release by the city in February 1992, the aircraft is to serve as a symbol of the high school. The school’s teams were named the Aviators after renowned aviator Charles Lindberg made a low-altitude flight over the city in 1920.

Gross also donated his own Navy pilot’s uniform to the school, which was worn as the Pilot mascot at games.

Gross, who was also a former FBI agent and then the Division Manager for Chemical Leaman Corporation, explained why he thinks having a mascot is beneficial:

“I think having a mascot is something the school should be proud of, whether it’s an aviator or a flying squirrel. I think kids like that,” he said

Right now there are not many answers as to what the mascot should be, or how the costume would be paid for, but everyone interviewed for this story agrees that the school needs a mascot.